What is PWM Dimming For LED Driver 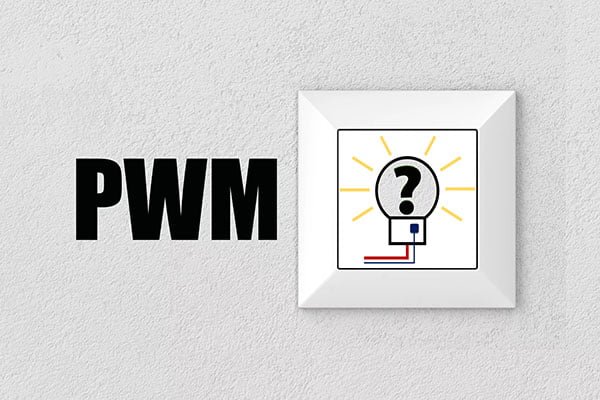 Pulse width modulation is a central concept when it comes to the dimming of LED fixtures. But, of course, one marketable trigger of LED drivers is their ability to save energy and cost, and a dimming feature helps achieve this feat. So, combining both concepts triggers the question,” What is PWM Dimming for LED drivers.”

You have everything to gain in this post, as we will cover every crucial aspect involving PWM dimming for the LED driver. In the end, you will feel like a bank of knowledge.

To save you time, we have also prepared a PDF version containing all the contents of this page, only leave your email and you will get the download link immediately.

An Insight on Dimming

Before we dive into PWM dimming, don’t you think we should touch some basics? To do that, let’s start with what dimming means.

Dimming is the reduction in output of a lighting fixture.

Dimming LEDs possess drivers that perform a dual function, which are;

Hence, a dimming feature is vital in LED drivers because it can save energy and power cost.

There are primarily two methods for dimming an LED driver: constant current reduction (CCR) and pulse width modulation(PWM). Let’s see what they entail.

The constant current reduction(CCR) mechanism also goes by the name “analog dimming. “The mechanism follows the relationship that the current moving through the LED is proportional to the output. Hence the system involves reducing the current, which in turn reduces the brightness of the LED.

The constant current reduction has its application in the following areas.

It reduces the mean power supplied by an electrical signal by splitting it into different parts. Pulse width modulation(PWM) applies the principle of rapidly switching between load and source, i.e., turning on and off.

Pulse width modulation(PWM) has its application in the following areas.

What is PWM Dimming

It’s time we go beyond the basics and take a deeper dive into pulse width modulation(PWM) dimming.

Still referencing the basics discussed above;

Since every LED has an amount of current needed to get maximum output(rated current), PWM switches the current at a high frequency,  which is between 0 and the rated current. The action triggers a ratio of on-time to off-time, which regulates the LED brightness. That explains the pulse width modulation technique.

See the image below:

PWM as A Dimming Signal

Let’s build on the preliminary information we have on pulse width modulation. Now we want to see the PWM as a signal.

Pulse width modulation signals(PWM) are trains of pulses in the form of square waves. For each signal, there exist a high and low point of the wave. The length of time which the signal stays high is the on-time, while the length of time it stays low is the off-time.

In the concept of dimming, there is a measure of time the signal can remain high, and we call that the duty cycle. So, for example, if the signal is constantly on, it is a 100% duty cycle. We can control the on-time of PWM signal. For instance, setting the PWM duty cycle to 50%, the signal operates 50% on-time and 50% off-time.

Here is an image for a better

Another integral aspect of the pulse width modulation(PWM) signal is its frequency. The PWM frequency stipulates how fast the PWM signal completes a period, where the period is the time taken for the signal to go on and off.

Reconciling the duty cycle and frequency of the PWM signal creates the possibility of a dimmable LED driver.

Pulse width modulation as LED driver output happens when the PWM signal converts to a DC voltage which drives the LED current. The PWM output circuit chops the DC LED currents in a high frequency between the on and off state. Hence the human eye cannot notice the flicker resulting in a change of the LED light output.

We can represent the difference between PWM signal, PWM output, and CCR output in one picture.

Commonly, people mix up a few things regarding the differences between PWM dimming signal and PWM output. Therefore, we should note a few things below.

The mechanism generates a PWM signal as a digital signal, making it consistent on the dimmable cable. On the other hand, the driver detects the PWM duty cycle to determine the output current.

The fake dimming method is a concept that converts the PWM inputs into an analog control signal. There is a resistor-capacitor(RC) filter inside the driver.

The RC filters the PWM signal into DC voltage proportional to the duty cycle. One advantage of fake PWM dimming is that it is noise-free. It is noise-free since the LED current is constantly continuous at the output.

On the other hand, the drawback with this method is that the peak value of the PWM must be 10V; otherwise, the accuracy is terrible. In addition, the resistor-capacitor(RC) parameter limits the frequency of the PWM signal.

Want to read it later?

To save you time, we have also prepared a PDF version containing all the contents of this page, only leave your email and you will get the download link immediately.

In the real PWM dimming, the LED currents turn on and off at the designated frequency and duty cycle. There is a microcontroller(MCU) inside the driver. The presence of the MCU enables the PWM signal to detect peak voltages. Real PWM dimming allows a broader range of PWM frequency.

A significant positive with the real PWM dimming is its ability to preserve the white point of the LED output. It also permits a high level of the reference voltage, which is above offset errors. All uPowerTek drivers integrate MCU to work with PWM dimming.

All our LED drivers, irrespective of constant current or constant voltage, all support PWM dimming signal. 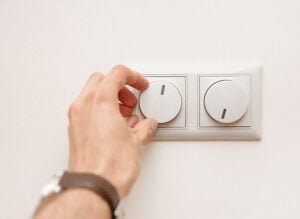