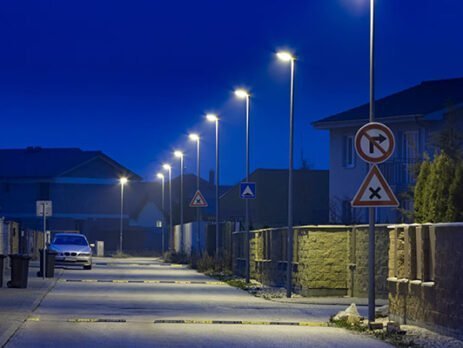 The lighting project of the LED lighting industry is influenced by the global environment as well as its industry specificity. LED driver is the top priority of LED development. For the related design of LED technology, there are already many kinds of solutions and unique design methods. Let’s take a look at it one by one.

1. Why does the LED driver have to be constant current?

The characteristics of the LED lighting material determine that it would be greatly affected by the environment. For example, if the temperature increases, the current of the LED will increase, and the voltage will increase, and the current of the LED will also increase. Long-term operation beyond the rated current will greatly shorten the LED lifetime. The constant current LED driver is to ensure that the operating current does not change when environmental factors such as temperature and voltage change.

The constant current accuracy of some LED driver on the market is poor, it has an error of ±8% and the constant current error is too large. The general requirement is ±3%. According to the 3% design. The production driver should be fine-tuned to achieve ±3% error.

3. The operating voltage of LED driver

The recommended operating voltage of general LED is 3.0-3.5V. After testing, most of the work is at 3.2V, so it is reasonable to calculate according to 3.2V. Total voltage of N LEDs in series = 3.2* N

4. What is the most suitable working current of LED driver?

For example, the rated working current of LED is 350 mA. Some factories use it at the beginning. In fact, the working heat is very high at designed current of 350 mA. After many comparison tests, it is ideal to design in 320 mA. Minimize heat and turn more electrical energy into visible light.

5. How wide is the series and parallel circuit and the wide voltage of the LED driver board?

In order for the LED driver to operate in the wide range of input voltage range AC85-265V, the LED series-parallel circuit of the lamp board is very important. Try not to use a wide voltage and let the LED driver be divided into AC220V, AC110V as much as possible to classify so as to ensure driver reliability. Since the current LED driver is generally a non-isolated buck constant current driver, the output voltage should not exceed 70V when the required voltage is 110V, and the series number does not exceed 23 strings. The output voltage can reach 156V when the input voltage is 220V. That is to say, the number of series can not exceed 45 strings. Do not use too many parallel connections, otherwise the operating current is too large and the driver will be extremely hot. There is also a wide voltage scheme. APFC active power compensation is to first raise the voltage to 400V with L6561/7527, and then step down, which is equivalent to two switching LED drivers. This program is only used under specific conditions.

Generally, if the isolated LED driver is made of 15W, it is placed inside the street light. The

transformer is large in size and difficult to put in. Mainly depends on the specific structure of the space, the isolation driver can only be achieved 15W, and the price is very expensive if less than 15W. Therefore, the cost performance of isolation is not high, generally non-isolated LED driver is the mainstream, the volume can be made smaller, the minimum can be as high as 8 mm. In fact, there is no problem if non-isolated security measures are done. Isolated LED driver is also possible if there is much space.

7. How can LED driver match the LED board?

220*1.414=312V, half of the peak voltage is 156V. On the non-isolated basis, the output wave is the upper half wave and there is no lower half wave. Therefore, some customers design the light board first, then they found that it is too difficult to have a suitable LED driver. Either the current is too large and the voltage is too small (such as 7X1WI>350mA, or V<20V); or the current is too small and the voltage is too high (such as I<200mA or V>25V). The result is severe heat generation, low efficiency, or insufficient input voltage range. In fact, choose the best series or parallel connection method, the voltage and current applied to each LED are the same, and the LED driver can achieve the best performance. The best way is to communicate with the LED driver manufacturer first.

The other three are made by RFID (active tag) 7527/6561 circuit, that is, active power factor compensation, which called AC220V in APFC circuit. AC110V can use the same capacity of electrolytic capacitor, choose 1W = 1.5UF. The PF value can reach 0.99, but the cost of this scheme is expensive than the second scheme. So the second option is more used. For passive PFC circuits: also known as valley-filled PFC circuits, the DC operating voltage range is half of the peak value of the AC input voltage. If the input is 220V, the peak value is more than 45 strings. Therefore, in order to get a relatively large power factor, the number of series connection of the LEDs should not be too small, otherwise the optimal working condition will not be achieved. The number of series connection on the isolated LED driver is related to the number of turns of the auxiliary winding, which must be done. The driver must meet the output power. The smaller the operating current of the electronic component in the rated voltage operating range, the longer the heat is generated, and the shorter the time. LED driver are sensitive to the amount of AC. The higher the AC volume, the worse the light comfort. Generally, an electrolytic capacitor is used to maintain the voltage, and the voltage of the output terminal is reduced as much as possible. The capacity of the electrolytic capacitor at the bottom end cannot be too small, and the ratio of the capacity to the output current is 1 UF < 1.5 MA, otherwise the LED will flicker. The non-isolated input high-voltage electrolytic capacitor is selected in the same way as the isolated type, and the output capacitor is selected to be 1UF<6MA. Dimmable LED driver at the output of the electrolytic capacitor should meet 1UF <0.5MA.

9. The efficiency of LED driver

This parameter is especially important for input power minus output power. The higher the value, the lower the efficiency which means that a large part of the input power is converted into heat. If it is installed in the lamp, it will produce a very high temperature. Together with the heat generated by one of our LED, it will superimpose to produce a higher temperature. And the lifetime of all the electronic parts inside our driver will shorten with the increase of temperature. Therefore, efficiency is the most fundamental factor in determining LED driver, and the efficiency cannot be too low, otherwise the heat consumed on the LED driver is too large. The non-isolated efficiency is higher than the isolation type, generally more than 80%, but the efficiency is related to the matching method of the light board.

10. The cooling of LED driver

The LED driver can greatly extend the lifetime under a lower temperature. Generally, the aluminum casing is used for its easier to dissipate heat. That is, the LED driver is attached to the aluminum substrate, and the external heat dissipation area is maximized.