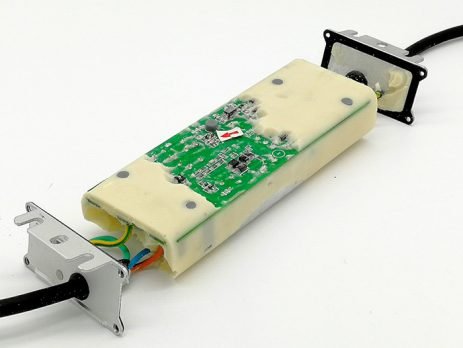 LED lighting industry has been booming for several years and it is well recognized that LED driver is the key component of LED lights.  Usually the quality and right application of LED driver determines the reliability and life of the whole light fixture. So it is very important to make sure that fixture designers are fully aware of the possible failures caused by improper usage of LED drivers. Today we listed several possible reasons as below. 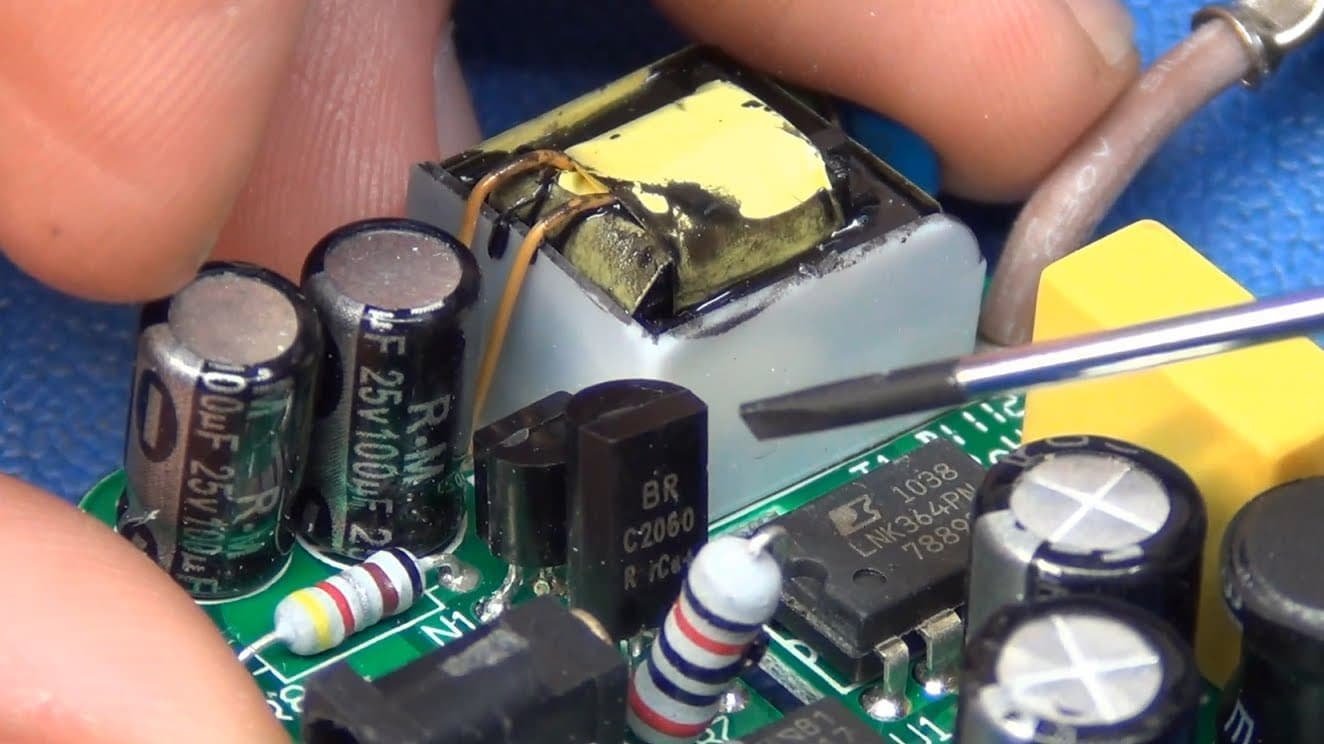 1. Not considering the higher Vf during cold start.

The maximum output voltage of LED driver needs to be higher than Vfmax*N (N is the LED chip number in series). So please pay attention to the Vf max rather than Vf typ when choosing the drivers. And normally the drivers have 5%-10% output voltage margin from Vomax to the no load protection voltage to make sure of the cold start.

2. Not checking the derating curve

Normally LED manufacturers provide both Ta and Tc information in either product label or datasheets. If the driver is fully attached to heatsink, Tc is the key parameter worth paying attention to. Tc has to be less than the maximum rating to make sure of the right driver output without triggering the over temperature protection. And if the driver is independent and discrete from the light fixture, paying  attention to the operation ambient temperature is normally enough and this is easier than monitoring the Tc. 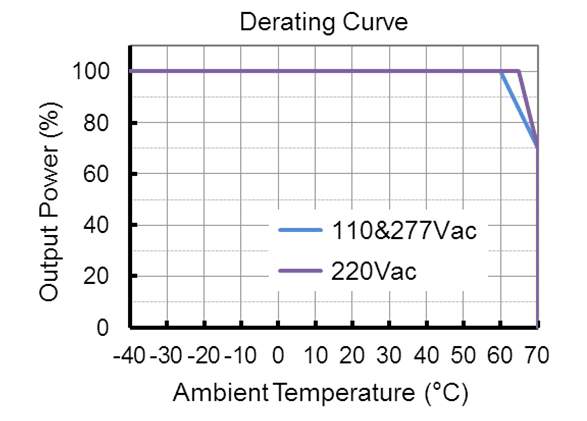 Also, the input voltage affects the derating curve because of the higher input current in the low input condition.

3. Improper startup occurs in the lab.

Normally the 90-305Vac driver is able to work in lower input voltage down to even 70Vac, but the thermal performance will be very poor thus triggering the over temperature protection or under voltage lock out. So it is suggested starting the driver after the input voltage is fully setup, rather than gradually increasing the input from low voltage.

Need to make sure that the input voltage does not exceed the maximum rating, which normally 305Vac or 528Vac. We once had a failure caused by the improper startup in the real tunnel light application where the power was from the generator, and the operators turned on the generator after wiring all the lights directly to the generator, then all the 1000pcs of drivers were destroyed by the strong overshoot of the generator. While the right method should be: turn on the generator first, and then connect the lights to the power though a switch.

The wiring of L/N/G, output and dimming cables should be correct, and normally the input cable is brown, blue and green (green/white) for VDE cables and black, white and green for UL cables. Most of the dimming cables are violet/purple and grey. Carefully checking the label can avoid the problem.

0-10V dimmer usually output 1V as min and 9V as max when the source current from the driver Vdim+ is proper. If the dimmer can not reach 9V, the reason might be the inadequate source current from Vdim+, while if the dimmer is always over 1V, it may be due to the over current of Vdim+ sourcing capability. So the best way of using 0-10V dimmer is to understand the internal impedance of the driver dimming circuitry and try the dimmer with drivers.

It is not suggested to use high wattage rating drivers in low wattage applications. A few light manufacturers would like to decrease the purchasing models and increase the quantity to have better price, but sacrificing the performance of the driver. As we know that PF, THD and efficiency are changing with load,  and normally the best performance range is 80%-100% load. If the load goes under 70%, the performance could be much poorer than announced.

Through this seminar, we understand that most of the LED drivers can be avoided by proper usage. And uPowerTek  is trying the best to help the customers to understand how to use the drivers with best performance. Any questions please feel free to contact with sales@upowertek.com for technical questions. Table of Contents
1. Not considering the higher Vf during cold start.
2. Not checking the derating curve
3. Improper startup occurs in the lab.
4. Input Over Voltage.
5. Connection.
6. Dimming problems.
7. Performance with load.